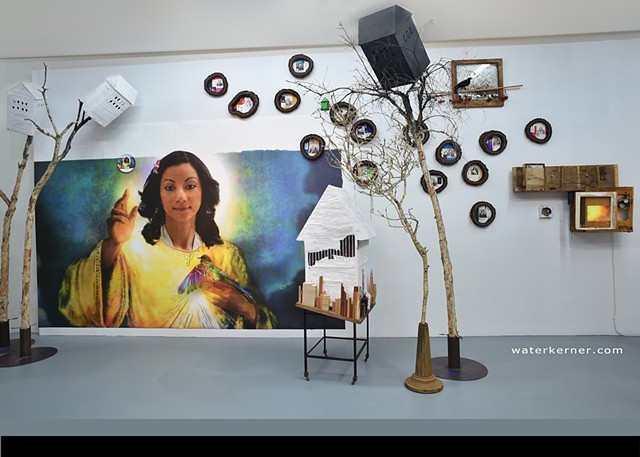 "Strength in Diversity" 2018-2019 Installation Artist Statement: "As a young artist growing up in New York, I was surrounded by acres of lush woods. Our mailbox was marked RFD #2 for “Rural Free Delivery”. When I left home at 18, I had no idea I would only live in huge cities surrounded by glass & concrete walls reverberating man-made noises. Throughout my successful artistic career, I find it absolutely captivating my body and soul are still magnetized by the beautiful outdoors. Nature will always be the origin of my awe and my greatest mentor of originality. I believe the more virtual our lives become, the more we crave creative experiences with the power to engage our senses and connect us to our feelings and others." Water Kerner